In this case study Corinne Millar from Stoneywood School spoke to Kirsty at Children’s Parliament about how she engaged children in decision making about their play as Covid restrictions lifted.

Stoneywood is a new built school in Aberdeen. They have some amazing outdoor spaces for the children to use including a den-building area and a MUGA (multi-Use Games Area), but hadn’t quite settled into the rhythm of the new spaces when Covid hit and turned the playground on its head! 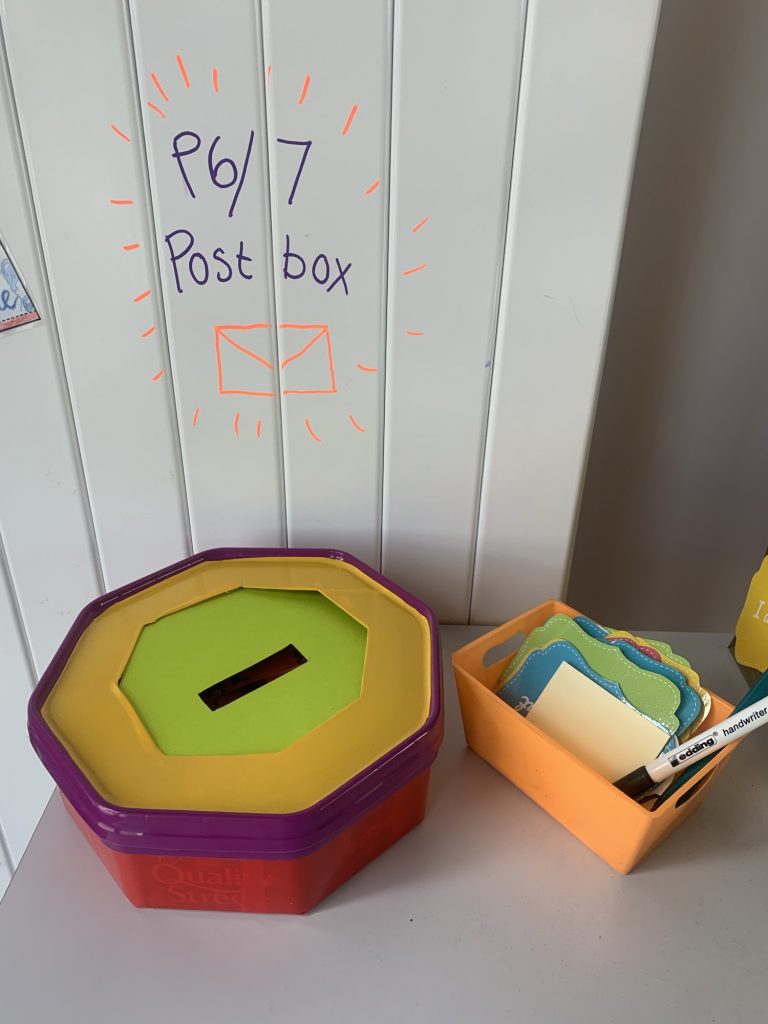 Kirsty: Can you tell us a little bit about the background, what was the problem, what did the school feel needed to change?

Corinne: Stoneywood is new school, before Covid, we hadn’t quite gotten used to our space yet, we had this beautiful den-building area in the forest and the children were kind of overwhelmed or over-stimulated in a way. It ended up getting destroyed and there were arguments all the time.

Then Covid hit and things were so different, everyone was kept in sections of the playground. It was horrible. There was no equipment being used because of cleaning, there was nothing.

I think during those times the children just got on with it and because they were just with their classes, they got used to playing together and that was that. The issue was that restrictions were lifted really suddenly, and the children had forgotten how to play. There was no equipment being eased back out. Violence was becoming a recurring theme, there were fights every other day.

The main feedback we were getting was that they were bored and that’s why all these things were happening.

I’m always more than happy to spend time to discuss issues with children because I want them to feel heard, to be listened to and valued and I want to help them make a change, so that they’re happier.

I think it’s really important that they feel that we’re discussing decisions together. I love and encourage a good discussion and debate and they’re really good at listening to each other. I quite bluntly said to them: ‘I’m happy to listen to you guys, but I’m not going to go away and come up with a solution that you’re not going to be happy with or that’s not going to make it any better.’ So that’s when their ideas came about. We spent a whole afternoon brainstorming. They all had these different ideas and from one idea came another and they challenged each other, saying what would work or not. I just kind of facilitated the discussion.

We spoke through some of their ideas, brought them together and picked some to take to our depute head. She wanted to involve everyone so options, including ours were put out to everyone and children voted on which one to try.

I’ve never heard a peep from them about things not being fair on the MUGA ever since!

There are other issues that we still need to work on and we’re working on them together. It’s not that all problems are magically fixed, but the solutions came from them, and they seem happier and there are no issues between the older and younger children now. They say that one of their favourite days is the Friday when they’re all allowed on the MUGA but there’s no football played.

Kirsty: I love that you’re still having conversations about the work after a ‘solution’ has been found. I think you’re right that it’s not just about talking to children about this once, it’s an ongoing thing.

Kirsty: What has the process been like? What elements have been positive or surprised you? Has anything gone wrong or being difficult?

I’ve definitely really enjoyed discussing this with the kids. I do think they see me as someone who does listen, who does actually care and wants to help. I make it clear that they can come to me, if there’s something they’re unhappy with. It creates such an open platform for discussion and that’s been one of the really nice things.

We’ve started a post-it suggestion wall, an area where they can put any idea they have. We don’t necessarily deal with them right then and there, but we come back to them and have a wee chat asking what the children suggest and how they think they can fix that particular thing. I think that’s definitely something that needs to roll out across the school.

My struggle as a class teacher, is that when I hear them suggest something I’m very much like – ‘right ok, let’s get it done’. The problem is it doesn’t always work like that in school: there are many different levels we have to go through, and things don’t always happen as quickly. It’s hard to make things happen when it’s just you yourself.

I see it with kids all the time. I say, ‘I see you; I hear you; I understand what you’re saying. I’m going to take this and I’m going to do my very best with it, but ultimately, this is not a decision I can make.’ That breaks my heart as well. That’s our biggest hurdle, the distance between the decision-making and the kids right now. I know we’re working on it; I know we’re getting there.

Kirsty: We see that in the schools we work in as well. You can have the best intentions but you’re really short-staffed, and busy, and it can be difficult. Sometimes you are relying on one really passionate teacher and that can be a huge burden.

Corinne: It’s so hard. You get the people who are really on board with stuff like this and want to go above and beyond, but then you still get the people who just want to come in, teach and then go home and that’s hard, because how do you share that workload of implementing all the things that the kids want to do.

At the moment, in order to hear children, you need staff to give up the time, it’s about finding staff that are willing to support the changes that the children want to make. But that shouldn’t be an expectation, it’s about looking at our priorities and thinking can we make room for this in our curriculum, can we make time for this as an expectation for all. Can something else should be shifted as a priority and this seen as more important so that we don’t feel like we’re having to squish it in.

There’s something lovely about having time in my class to have discussions like this – they get so heated! It’s never rude, it’s never argumentative, they’re just so passionate about whatever it is that they’re talking about. They just have so much to say, and I wish there was more time created to hear what they have to say.

Kirsty: Being able to have discussions like that and see the impact of them in school, that must have a huge impact on their confidence and learning?

Exactly and my biggest hurdle is definitely, the frustration of it all kind of feeling like it’s confined to this classroom, how do I make this go bigger than my classroom. How can the dialogue be opened up regularly between decision makers and the children, so they can really see that they’re being listened to on a bigger level?

Kirsty: Now that you’ve facilitated these discussions, what will you do to involve children in the change, what actions have come out of this work?

Corinne: From their suggestions came the idea on how to use the MUGA so that’s now been listened to, actioned, and implemented.

I’m still not happy with the lack of equipment in the playground. Equipment has now been bought in, I’ve asked if my class and representatives from across the school could take it and sort it and get it ready so that we can get it out. I want to involve children in the organising of the resources, maybe they could lead an assembly before the launch of the equipment, to explain how it came about, how it can be used and to understand that they were listened to.

We’ve also got our playground leaders, that was another thing that we did because of what the children were saying. We asked our Active Schools coordinator if he could train up our P7s as playground leaders, they’ve had their training and they’re going to be leading games on a weekly schedule.

If all goes well, we’ll revisit their list of suggestions, they want loads of things like an outdoor library, loose parts, and a den-building club! All these ideas are great. I said to them ‘you have to walk before we can run, let’s see how we get on, come nearer summer, we can start to do these new things and you 7s can set this stuff up as your legacy and pass it down, and all these little things can be continued.’