Children’s Parliament have been working with St. John’s for the school year 2021/22 on the Dignity in School Programme.

At the start of the programme, we carried out extensive self-assessments with adults and children to find out the areas of strength in the school and which areas would benefit from additional support. You can find a link to resources to support you carrying out your own assessments here.

One of the clear findings from the assessments with children was that the majority strongly agreed with the statement ‘adults in school shout’, and that they respond negatively when shouting happens

‘It makes me feel anxious when they shout.’

The results of the assessment surprised the school, who felt that they weren’t a ‘shouty school’. However, with a strong commitment to reflecting on all they hear in the spirit of meaningful participation, they listened to the children, and we decided that we wanted to explore shouting and its impact in more depth as part of our Dignity in School project.

We developed a series of workshops designed to explore the impact of shouting on children and their thoughts on alternative solutions. These workshops can be found in the Positive Relationships Resource Series above.

The idea was to look at how we could develop a more rights-based approach to relationship building and discipline in school, ensuring that we were listening to children (article 12), having their best interests in mind (article 3), and not punishing them in cruel or hurtful ways (article 37).

Our first activity was to define shouting, we got children warmed up by getting them to create frozen pictures in small groups of things such as ‘elephants’, ‘water’ and ‘summer’. We then asked them to define ‘shouting’ in a frozen picture. The result was stark, they jumped in to position much quicker than with the other pictures and their body language was very powerful. Children who took the role of shouting looked angry, intimidating and much bigger than the children who took the roles of being shouted at. These children made themselves much smaller and looked upset, anxious and confused. 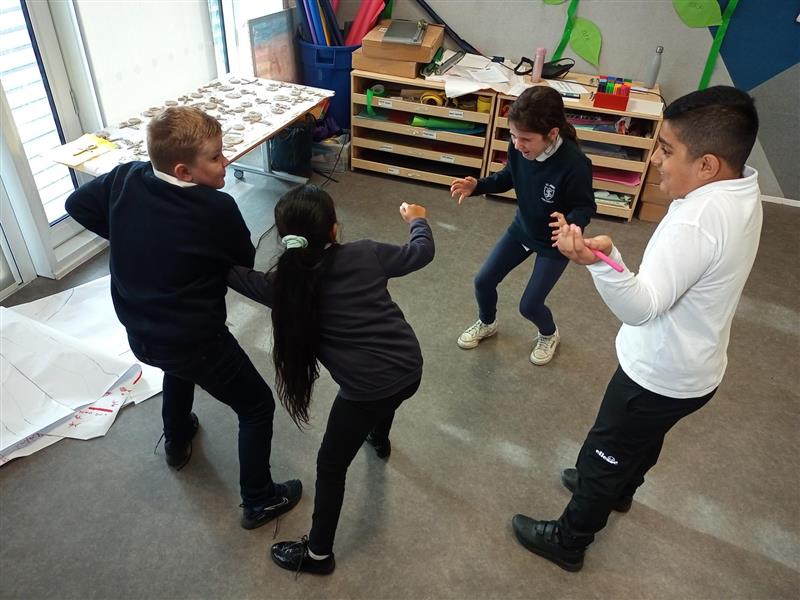 We asked them to define shouting, their responses suggested that it was something that happened when adults were angry, that it was wrong and that it can cause anxiety and upset.

Our next activity was to get them to respond critically to a series of statements around shouting. These can be found in the resource pack linked above. For each statement we asked them to move to a side of the room relating to whether they agreed or disagreed with the statements. Some children indicated that they felt that adults needed to shout sometimes, if you were bad; however, they strongly disagreed that they always knew why an adult was shouting and that this could be confusing and upsetting for everyone.

Our final exploration activity was an inside/outside drawing. We had one child lay on a sheet of paper and other draw round them. On the inside of this outline, they had to write how they felt when they were being shouted at, and on the outside how the adult might feel doing the shouting. Below is a word cloud depicting how they felt.

As you can see the activity showed that children feel overwhelmingly sad, anxious, and even angry when they’re shouted at with children saying they may lose concentration or not be able to focus in class as a result. Children also acknowledged that it can’t be nice for adults either, showing a high level of empathy and understanding.

We brought the children into a circle at the end of the activity to reflect on their drawing. From this discussion children felt that it wasn’t ok for them to feel like this in school and that, on reflection, they didn’t think adults needed to, or should, shout at them.

As a result of our workshops with children on exploring shouting we arranged a meeting with a group of adults in the school to talk about what practical steps could be put in place to address shouting at St. John’s. From the children’s feedback adults agreed that the school needed to make a change. They felt they were already a school that didn’t support shouting; however, clearly more needed to be done to become fully ‘shout-free’.

An action plan has now been developed which will take the school on a journey to becoming ‘shout-free’ alongside the development of a new positive relationship policy in conjunction with children.

As part of this work, we asked adults in the group to do the same inside/outside activity as the children except with how they feel on the inside and how children feel on the outside. The overlap between the two activities was extraordinary and demonstrates that nobody in school wants to shout or be shouted at. 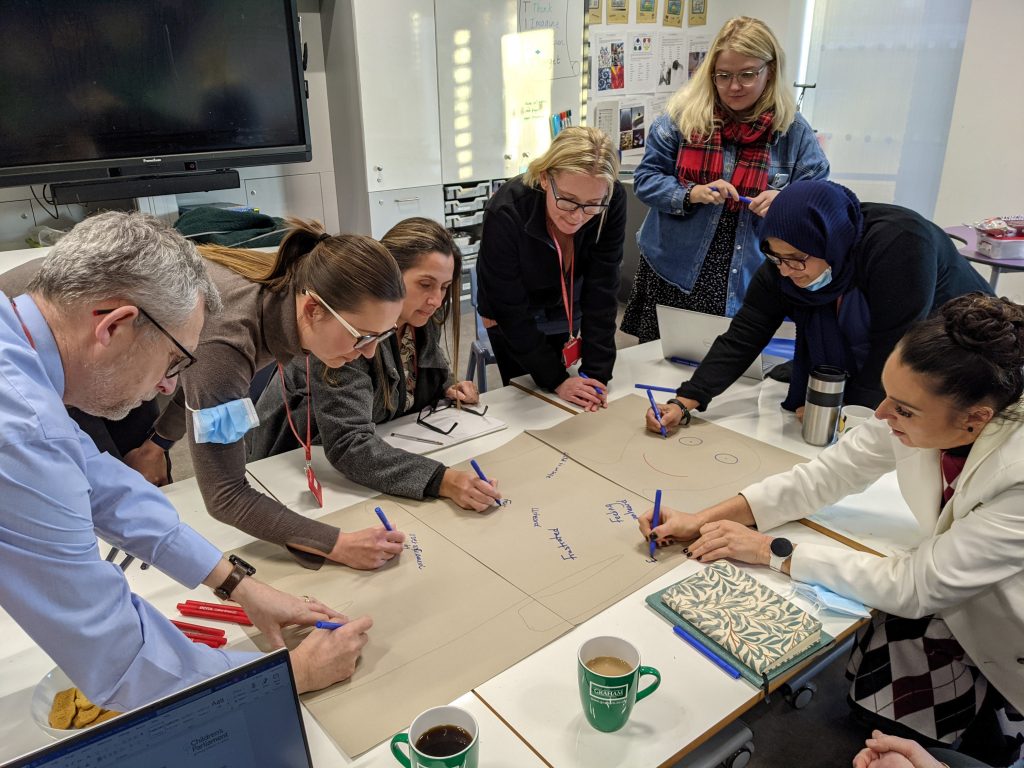 We identified our next steps as a group:

These changes will take time but there is a strong desire among adults and children to build on this work and further strengthen relationships within school.